QCCC Mapleton is catering to an increasing number offsite expeditions. We offer customized trips involving hiking, canoeing down the beautiful Hinterland rivers, sea kayaking and we can throw in abseiling, rock climbing and raft building for good measure.

Taking groups into the breathtaking outdoors, often for days at a time, brings with it a great deal of responsibility. Safety is of the utmost importance in our expedition program, but when dealing with human nature and the elements there’s always the need to contingency plan against worst-case scenarios.

It’s contingency planning that saw several of the QCCC Mapleton staff complete a three day search and rescue course over the past few weeks. It allowed time for two hypothetical scenarios to allow theory and knowledge to be put into practice.

The first exercise saw the team searching a large area of Booloumba Creek for a “lost” bushwalker named “Scenario”. This was a standard search and rescue exercise designed to have the group work together to locate and “retrieve” a bundle of rags on a stick.

The ante was increased on the final day with a “live” scenario called in by one of our team operating a dummy canoe/hike expedition on Wappa Dam and around the upper reaches of the Maroochy River. The Mapleton team was scrambled into action to help with a search that quickly escalated into a hypothetical rescue situation.

Two wandering clients (in the form of our assessors) wandered from the main group and into trouble deep in the rainforest along Rocky Creek, a tributary of the Maroochy. Locating them took around an hour and, courtesy of same fake tattoos and blood capsules from the toy store, once they were found our team had to go into first aid mode to deal with significant “injuries”.

In the simulation, the first charge presented with a compound fracture of the arm and was in shock. The second charge had apparently slipped on a rock and hit his head, lapsing in and out of consciousness. As he was treated it also emerged that he’d been bitten on the ankle by a brown snake.

With the surrounding foliage far too thick to allow for a hypothetical helicopter evacuation it required the team to construct a stretcher from branches and rope to walk one of the assessors out to the road. It was hard going – slippery rocks, dense vegetation and numerous obstacles in the form of fallen trees meant it was a long slog but great practice.

The simulation provided a great opportunity for the team to make decisions under the pressure of unfolding and worsening circumstances. It’s a scenario we hope to never encounter in real life, but at least it has given us an insight into the pressures and unpredictability of a crisis, and how we as a team would cope with it. 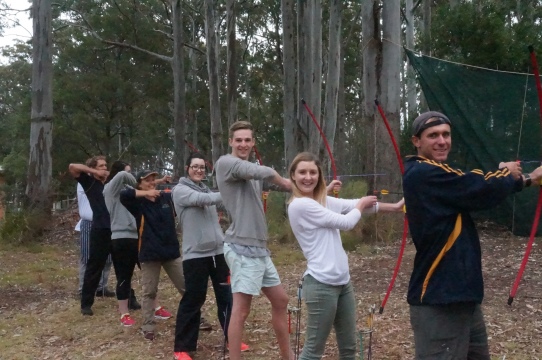 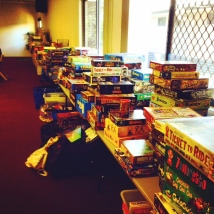 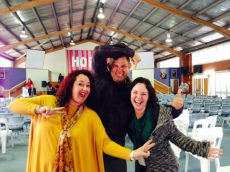 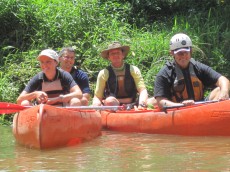 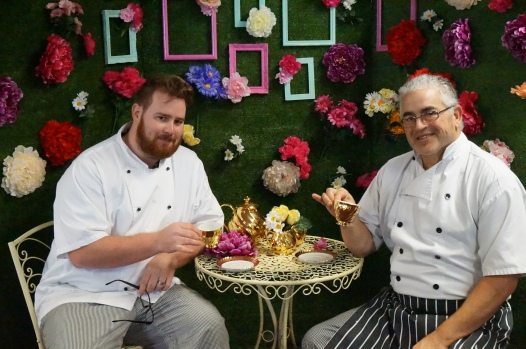 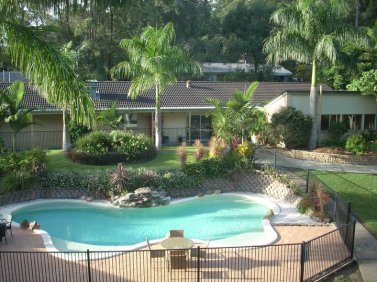 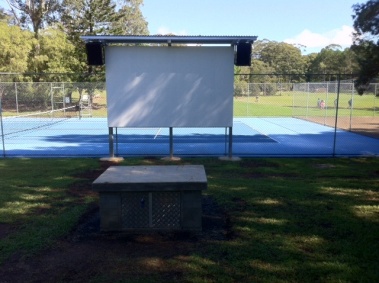 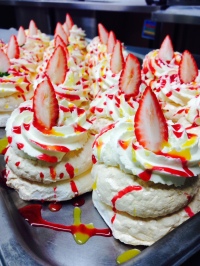 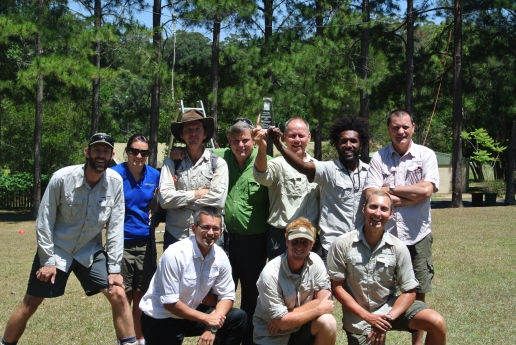 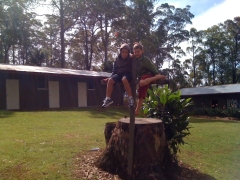 Pioneers at Tamborine is a newly renovated 48 bed site 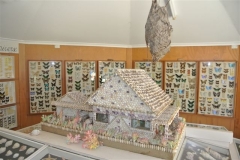 Some of the Mapleton activities 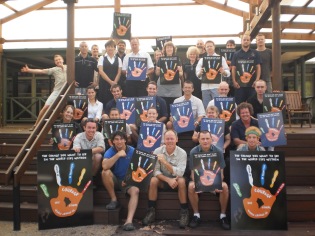 R1202 – Something that forms the basis of staff conduct and relationships. 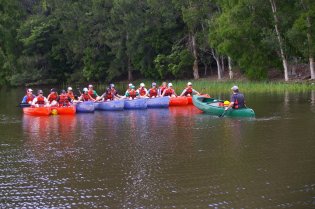 Particularly impressed with the dedication and professionalism of your activity leaders ….. 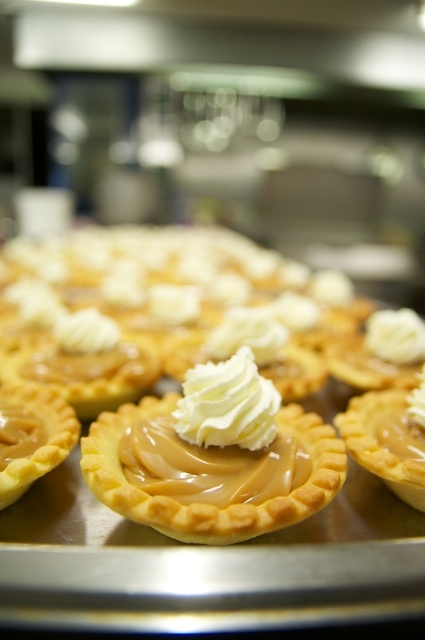 Fine food from the Brookfield kitchen 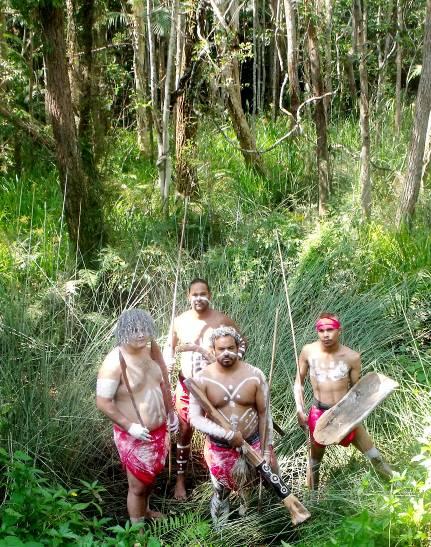 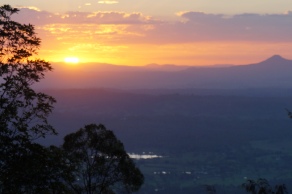 Sunset from the lookout at QCCC Tamborine 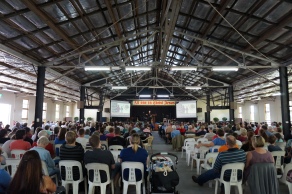 The MTC Auditorium at Tamborine 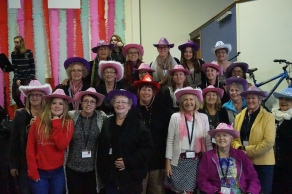 Looking stylish at the SHE IS… conference 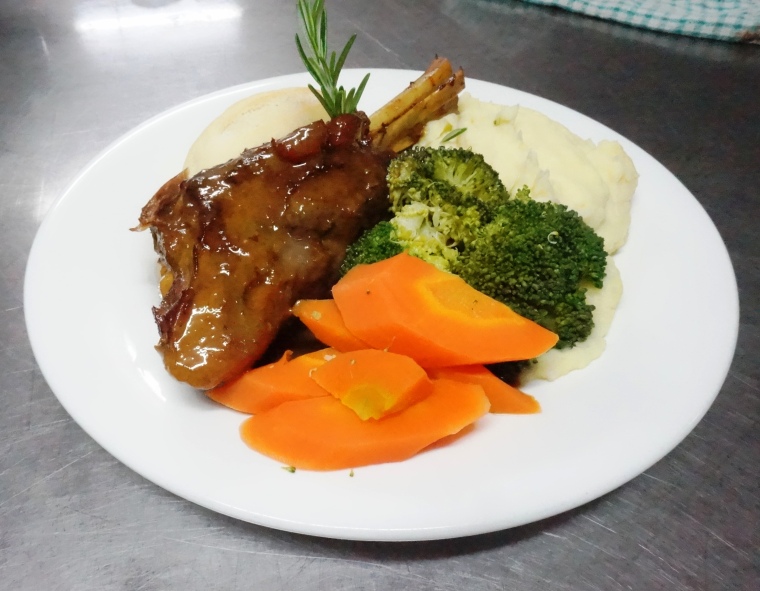